Planning for wildlife tours in Uganda? Murchison falls National Park is the first one to include on your bucket list because of its wide range of wildlife primates you should not miss to visit. It sits on the Shores of Lake Albert in North West Uganda and it covers about 3893km2 of Area.

It was first gazetted as a game reserve in 1926 and it’s ranked to be Uganda’s largest and oldest conservation area habiting over 76 species of mammals and 451 birds. This park is bisected by the Victoria Nile which runs 45m over the remnant rift valley wall creating the great Murchison Falls; the mighty cascade drains the last of the river’s energy transforming it into a broad, placid stream that flows quietly across the rift valley floor into Lake Albert.

Reaching Murchison Falls National park in the North western part of Uganda from Kampala you will use Kampala- Masindi- Gulu high way and you will be able to sight different physical features along the way like some Landscapes, valleys, vegetation, swamps and more plus local people along the way practicing some agriculture and cattle keeping, when you reach in Nakasongola you are exposed to flat areas around plus simple vegetation.

If not, road you can also use air transport means which fly from Entebbe International Airport to Pakuba airfield 19km North West of Paraa and south at Bugungu which is 13 km from the park headquarters.

While in Murchison Falls National Park, you are exposed to wide range of Wildlife primates including Elephants, Hippos, Chimpanzees in Kaniyo Pabidi Mahogany forest, Giraffe and more. The Lake Albert Delta is a home to rare shoe bill.

Most of the aquatic animals like Crocodiles, Hippos, and different bird species are sighted along the banks while on launch cruise around the waters of Murchison falls. Both the launch cruise and game drive in Murchison costs $ 30 USD per person.

Rhino tracking in Ziwa Rhino Sanctuary. This activity of tracking Rhinoceros in Uganda is combined with a trip to Murchison Falls national park because this sanctuary is located on the way to Murchison in Nakitoma- Nakasongola, this a protected area gazetted to habit the Rhinoceros in Uganda. Black and White Rhinoceros were in Uganda but diminished due to unfavorable factors including insecurity in the country, poaching and more, therefore this nonprofit sanctuary is gazetted with the aim of reinstating the Rhinoceros back to Uganda.

Currently it is mostly known for the White Rhinoceros which they imported from Solio ranch in Kenya and others were donated from Disney’s animal Kingdom in Orlando- United States of America.

Therefore, as a conservationist do not miss out tracking the Rhinoceros because the money paid is used in the conservation of these animals plus this gazetted place where they reside for future generation as the campaign is to reinstate the Rhinoceros back to Uganda.

The cost for tracking them in Ziwa Rhino Sanctuary is $50 USD per person but when you are tracking you are advised not to move near these animals as there are dangerous and more tough that’s why they are included among the African Big fives.

Following the itinerary after your Rhino tracking in Ziwa Rhino Sanctuary you will proceed with the journey up to Murchison Falls National Park for other activities mentioned above; this park is mostly liked for holidays due to its falls and characterized cool and favourable air both around the park & on the waters of the fall. 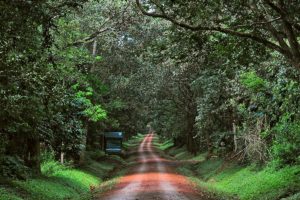 Things To Do • Travel Advises