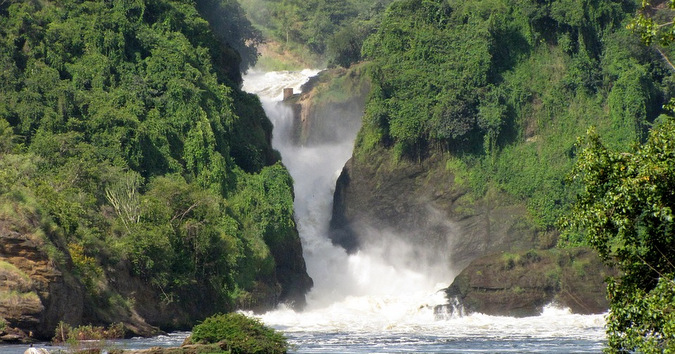 Uganda, the pearl of Africa, is one of the top destinations to visit in Africa, known for its biodiversity, pristine wilderness areas and warm cultures. Murchison Falls National Park, meanwhile, is one of the best protected areas to see. We hope you choose it as your adventure destination on your Ugandan tour.

Murchison Falls National Park is located in the northwestern Uganda. From Kampala you can easily reach the park via the Masindi – Gulu highway and its 305 Kms distance which is about 8-9 hours’ drive but on your way to Murchison falls you will have a stopover in Nakitoma – Nakasongola and branch off to Ziwa Rhino Sanctuary. This Sanctuary is a protected area where the Rhinoceros are kept, it covers 70 Km2 of Area and it was established in 2005.

The aim of the Ziwa Rhino Sanctuary is to reintroduce the black & White Rhinoceros back to Uganda which was wiped out due to a number of factors due to a number of factors including prolonged armed human conflict, poaching and the mismanagement of their natural habitat, by 1982. But currently it’s known for the Southern White Rhinoceros which are reinstated back, some bought from Solio Ranch in Kenya and other donated by Disney’s Animal Kingdom in Orlando, Florida in United States of America.

What to do in Murchison Falls National Park. This park is mostly good for holidays because of its great Murchison Falls situated with cool air on its waters, Wildlife and different bird species. Launch cruise on the Waters of Murchison Falls should be your first activity while in Murchison and experience the cool and favourable air on the Waters of these Falls, you will be able to sight different water habiting creatures like Crocodiles, hippopotamus, snakes and different bird species which are sighted swinging from long distances along the shores. This Launch Cruise usually takes a maximum of 45 people and it goes around the waters of the falls for about three hours while experiencing the all scenery around. It costs $30 USD per person to go for the cruising around the falls.

A game drive in Murchison Falls National Park is another experience you should not miss since you are able to sight different Wildlife primates in Murchison like Giraffe, buffaloes and different bird species for birders. Game drive is done both during day and at night so it’s your choice to choose only that day game drive costs $20 USD and the night game drive cost $30 USD per person.

During day you have more chances of sighting different wildlife primates which is not the same case for the night one as may miss out sighting the primates due to their hiding in favour of having some sleep. If you are lucky different bird species are the easiest to sight at night as they usually spend their nights in the tree branches.

Sport fishing in Murchison Falls National Park is another activity included on the bucket list while there and it’s always done along the waters of the falls at a cost of $50 USD per day. It is advised to come with your fishing tools to be used and if you are lucky you will catch yourself a fish. Hiking up to the top of the fall is another great experience where you sight the scenic view of these falls while at the top.